A Market Surge & A Different Buyer

After an 8 year downturn in our secondary home market coastal region, a resurgence in sales volume finally took place in entry level residential options, between early March and late July. 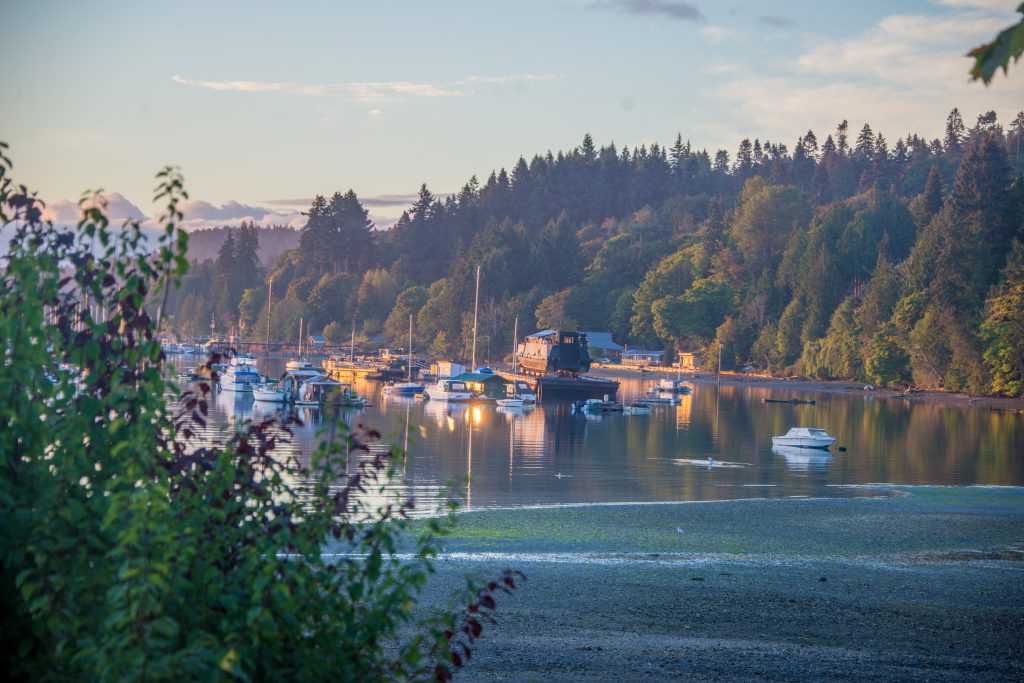 The buyers, however, were not the traditional purchasers for Gulf Islands properties.

For some substantial time, Alberta and the U.S. had been the main buyers on Salt Spring and the Gulf Islands. In the heart of some of the best protected boating waters in the world, and with a temperate climate, these Islands did appeal to boaters.

The driver of the activity between March and July was very different…almost all sales were to people from Vancouver who had sold to offshore buyers and were thus seeking new places & new lifestyles.

In late June, & into July, a very few upper tier priced residential properties began to sell…some had been listed an appreciable time & had reduced in price point over that time.

Affordable housing, whether rental or purchase opportunities, is a serious issue everywhere. Vancouver’s affordability lack is not just a Vancouver issue. This is also a problem on Salt Spring Island.

The 15% purchase tax in Metro Vancouver, for offshore buyers, may have been brought in by the provincial government to address affordability concerns/criticisms, but there were unexpected consequences to the immediate faltering of Vancouver’s “hot market”.

Salt Spring, like all secondary home/recreational regions, is a recipient marketplace. Buyers often start as visitors…they fall in love with the Island, call a realtor, and then everyone else gets busy (trades, restaurants, shops, etc).

If real estate purchases falter, then the community as a whole suffers attrition. Shop Local is a serious community item.

The Vancouver buyers planned to live in the areas they were choosing for relocation…including on Salt Spring.

In creating a tax, from outside a market pattern, with little warning, the government created trickle down outcomes for all recipient / by choice markets…it resulted in a pause in activity.

On Salt Spring, most sales had been below 750,000, with latterly a smattering between one & four million. The Vancouver buyers wanted step-in ready residential, were mainly buying down and putting money in the bank…they were seeking new lifestyles. The Vancouver tax immediately halted new activity in other regions.

Change does often momentarily stop action. It has to be digested. The Vancouver buyer profile has stopped for the moment, and that has created a pause in Salt Spring Island and Gulf Islands real estate outcomes. Will the rhythm return?

People do digest change. The unknown? The speed of digestion.

Where is Inventory going in to the Fall 2016?

What we do know, entering October: inventory remains very thin. Prices stabilized between March and July. In a few cases, post-tax and possibly reacting to the sudden pause in action, some realtors locally have reduced prices (by as much as 100,000). Is this too fast a response to the tax pause? Although the hot market in Vancouver has cooled, prices there have not come down.

As we enter October, we also know that Salt Spring has recovered its tourist/visitor experience vibe. A successful visitor encounter often leads to a real estate outcome. Will we start to see the return of our more traditional and often seasonal buyers?

A recovery in a secondary home/recreational market is never quick. A choice to purchase on a Gulf Island is not a fast decision either.

Buyers are from elsewhere, they respond to promotional marketing, they turn up, they view, they decide to buy…but not usually on the same trip. Very often, it takes two to three visits for that purchase connection to take place. A buyer also has to choose “for” Salt Spring or another Gulf Island…then they will choose a property. It’s always a two-step dance, regardless of market trend in play.

At the end of September, the sales stats are as follows:

The sales over one million were mainly waterfronts.

I do this “market thoughts” report at the beginning of a month. As things progress/change throughout that month, I update via my blog.

In change, lies opportunity. There are always good options out there for a buyer, regardless of market trend in play. I look forward to helping buyers to connect with sellers on Salt Spring Island and the Gulf Islands.

Beginning of the Fall Market

So…we begin the Fall Market…here it is, the beginning of September. The calendar says summer goes on till the 20th, but most of us see Labour Day Weekend as the “end”.

Sales volume in the Spring/early Summer market has gone up markedly on Salt Spring Island, in residential properties below $750,000. Over that price point, it remains softer.

In that entry-level residential segment, though, it could be described as sellers market conditions.

In a Gulf Island region, there is always a limited inventory

In a Gulf Island region, there is always a limited inventory. The Islands Trust, a provincial government body created in 1974, with the mandate to “preserve and protect” the environmental beauties of the Gulf Islands, for the benefit of all B.C. residents, also effectively “capped” growth. 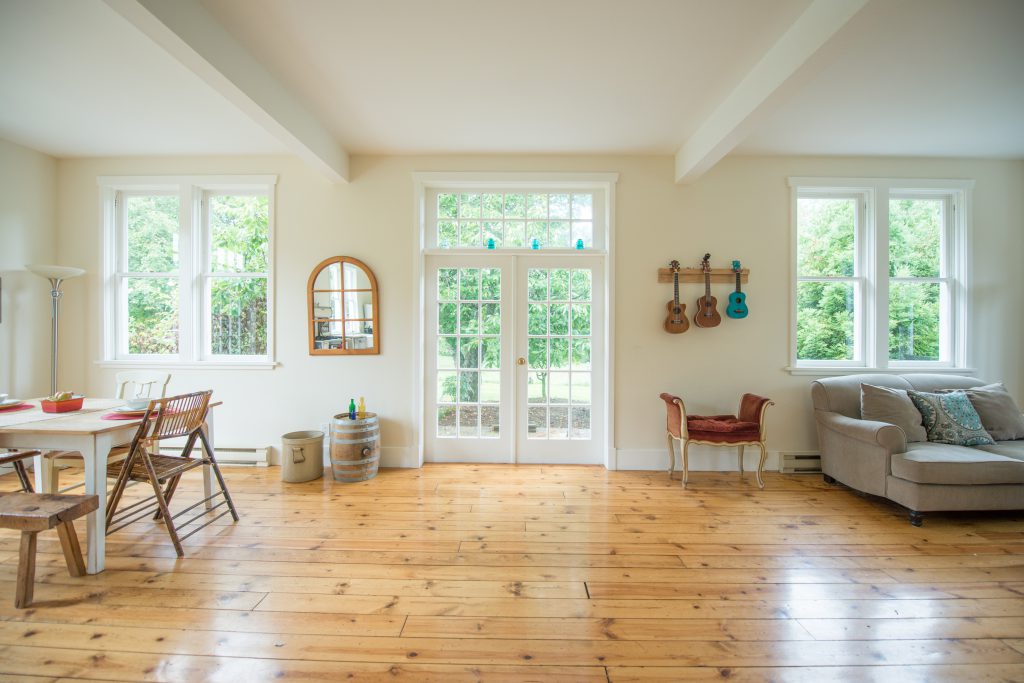 Growth in the Gulf Islands is controlled by strict zoning/density bylaws. On Salt Spring, commercial zoning is focused in both upper and seaside Ganges Villages, and they can’t expand beyond their boundaries. The small commercially zoned options at Vesuvius, Fulford, and Fernwood cannot expand. Home occupations are encouraged, but there are rules around these usages, too.

As soon as growth is limited, values do appreciate over time. Between 2002 and 2005, prices escalated by around 60% on Salt Spring. Then a pause developed in 2006 and 2007. Late 2008 delivered the global economic downturn, and secondary home/recreational areas (globally) saw a sharp fall-off in activity. Between early 2009 and early 2015, prices locally had reduced by around 45%.

Buyers who acted between 2013 (the “worst” year?) and late 2015, have benefitted by that dramatic levelling off of prices, in the secondary home markets. It’s difficult for people to act before clear signals of a market shift are in place…those who do act seem to have that “wolf’s sniff the wind” directional arrow.

Important always, though, to be looking down the highway and not in the rear view mirror…opportunity is ahead.

By late 2015, one could see an improving trend coming into play in the secondary home markets. The Sunshine Coast and the Okanagan saw renewed activity in the Fall of 2015. Early Spring brought action to Victoria and to some Vancouver Island communities. Mid-Spring delivered activity to the Gulf Islands. Salt Spring (perhaps because of its year-round lifestyle opportunities) usually shows market improvement first, among the Gulf Islands choices.

The interesting thing is the change in the buyer profile for Salt Spring and the Gulf Islands: almost 100% from Vancouver.

Traditionally, a Gulf Island buyer has come from Alberta (perhaps 20% of coastal buyers?) or from the U.S. (perhaps 30% of coastal purchasers?). This time, it’s buyers from Vancouver, who have sold during the extremely “hot” market there. They are seeking new areas to reside…not just recreational/seasonal buyers, thus.

These previously Vancouver based buyers will live here year round, and that has all sorts of good outcomes for the day to day business life on the Island. Shop Local becomes a viable item when there is a year round resident, and not just a seasonal impact.

Within the past 11 weeks, sales volume dramatically rose (perhaps tripled?) in the entry-level residential segment. On Salt Spring, that would be between 300,000 and 750,000. Low inventory with high buyer demand leads to price escalation. Couple that with an area with a no-growth policy (Islands Trust) and you can see that we may be returning to that 2002 to 2005 model.

Opportunity continues to exist in upper tier priced residential, in undeveloped lots and acreages, in recreational cottages/cabins, and in commercial options. These market segments have not yet seen the quick sales of the entry level priced residential properties. As these property categories start to sell (and they are slowly becoming more and more active), and inventory begins to thin out, price points will also stabilize/rise.

The sales stats to date break out as follows. 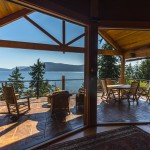 October is beginning with a continuing long late summer weather pattern. The beauty of this harvest season is visible everywhere […] 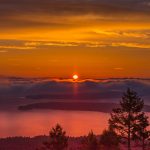 Listing inventory on the Gulf Islands remains low. The desire to leave urban for the rural lifestyle remains strong. Most buyers continue to come from Vancouver and they plan to live on the Gulf Island of their choice.