In our “always on” era, perhaps the value in a Gulf Islands form of governance (the Islands Trust) is going to turn out to be the preservation of a past lifestyle. Will this allow a “breathing room” for those who visit or live on a Gulf Island?

The Islands Trust is a provincial government body, created in 1974, with a mandate “to preserve and protect” the environmental beauties of the Gulf Islands, for the benefit of all B.C. residents. This goal was successful. The Gulf Islands are park-like areas. Growth was controlled via severe zoning/bylaw restrictions, put in place in 1974.

Two trustees are elected per island, at civic election time. Planners (from Victoria) administer. Along with the Trustees, the governance model also includes, for the southern Gulf Islands, the CRD (Capital Regional District), in Victoria. A CRD director is also elected at civic election time (four year terms).

In being a part of the Capital Regional District, the Southern Gulf Islands are considered urban entities, although very rural areas in character. They are noted as rural on tax assessments. In being characterized as urban, under CRD, many government funding opportunities open to rural regions are not available to the Southern Gulf Islands. Again, the CRD burocracy is mainly focused on Victoria concerns.

In 2020, the inadequacies of 1974 ideas can be seen. Many different groups are meeting and trying to make inadequacies “work” under the old system. Lack of affordable housing/work rental is only one outstanding item.

In our always connected/never off world, perhaps being able to drop into a 1970s experience will act as a restorative function…along the lines of the Japanese concept of forest bathing.

Salt Spring, with its natural beauty, its small Village atmosphere in the few designated commercially zoned areas (zoning was set in 1974, remember), and the overall non-growth policy for the Gulf Islands, may now have created a place for one to be restored to basic humanity. Now: it may be beyond just preservation of a natural world and have evolved into preservation of the human psyche. Could be…like a pocket place…a withdrawing chamber. Hmmm…..

Virtual reality, augmented reality, 5G & beyond speed of connectivity, artificial intelligence, machine learning, the expanding Internet of things, 3-D printers…is the shock of dropping into 1974’s ethic the “change that is as good as a rest”? Would it be like the “time out” offered to over-active children? A way to rediscover our true selves?

Hmmmm….maybe add this restorative quality to promotional marketing about the preserved natural beauty of the Gulf Islands?

Meantime: all real estate market indications are still pointing to seller’s market conditions. This simply means few listings and many buyers…which usually (by the end of such a cycle) lead to higher prices.

From the Beginning of March

The listing inventory remains exceptionally low. As soon as one delineates the price and type of property being sought, it immediately becomes clear just how few the choices are for a buyer. Current listings (houses and land together) add up to: 168. In a more “normal” market, one might see a total of houses and land listings around 380.

Low inventory times need creative seeking on the part of a buyer.

Should I Move to Salt Spring

Meantime…whether a visitor or a resident…enjoy the opportunities of March. Home and Garden show is offering a Wellness component…discover Salt Spring’s trades and suppliers and also the vibrant alternative health options. ArtSpring showcases theatre, dance, music offerings, and gallery openings. The Ganges galleries are highlighting Spring with receptions celebrating their artists. Studios are getting ready for the season. Hiking trails beckon. The new Salt Spring Marina is ready to welcome boaters. Live music venues and special seasonal menus at our great restaurants…all part of the season’s wake up call.

Nature is erupting into its Spring moments…orchard blossoms are just one signal. Whether it comes in like a lion and goes out like a lamb, or vice versa, March is a perfect time to consider a purchase on very special Salt Spring Island. Buying now ensures enjoyment by April/May.

September arrives with a sense of renewed purpose.

Although the calendar says Summer carries on until September 20-21, everyone accepts that Labour Day and “back to school” signal a new season.

On the great Pacific Northwest Coast, the days are slowly shortening…another seasonal sign.

As we begin this new month, it’s good to remember that September and October can see a strong real estate sales picture. Perhaps potential buyers viewed earlier and perhaps they are just arriving now, but these two months can be very active.

Inventory, as soon as one fills in desired price point and property category, remains “thin”. Many owners do not want to be sellers. If one “has to” sell, for whatever reason, that may bring a few new listings onstream, but generally there is a small choice in properties right now for a prospective buyer.

The main buyer profile is still someone from Vancouver/Lower Mainland…when they sell in the city, they become the buyers in the secondary home markets…and this includes on Salt Spring Island.

The main competing area to Salt Spring right now might be the Cowichan Valley. Sellers need to remember that Vancouver Island is also being looked at by that Lower Mainland potential buyer. This interviewing of destinations takes time, and is the main reason for time lags between viewing a property and deciding to offer on it.

This 2019 year has been a shorter “season” than usual…the “once every fifty years” windstorm damage (end of December) is still being addressed in many areas…the unusual snow storms that refused to melt (February/March) added to the “pause”. The first three months of the year were effectively erased, and one could say that the Spring Market did not really get going until around April 5th.

The usual pause between end of May and beginning of June (a traditional hiatus between seasons) saw one local company dramatically reducing prices on all their company listings. These reductions did not lead to resulting strong sales.

The summer market is often a little haphazard…viewings but not always actions. The short pause towards end of August, as people with children return to home locations to organize “back to school”, saw the same company bring in another round of very dramatic reductions on all their company listings. It will be interesting to see if sales follow.

I do this market report at the beginning of a month and offer updates via my blog.

Price reductions may not be germane until the mainly non-local buyer physically turns up on Island…at that point, price spreads will matter.

At this beginning of September moment,

As soon as one puts in a parameter (type of property and price point) the choices quickly shrink.

Salt Spring in September/October is a delight. Discover for yourself.

The plus? In character detached double garage, continuing the authentic Adirondack motif.

The plus plus? A sweetheart of a custom designed guest cottage, separately sited on the property, for maximum privacy. B & B? Guest accomodation? So pretty…you will want to stay forever, if you’re the lucky guest!

This 34+ acre parcel offers privacy, forest/meadow mix, orchard/garden area (deer fenced), with three beautiful ponds…one like a “baby lake”, great for swimming and punting about in a rowboat….enjoy your own hiking/walking trails, too.

The 270 degree view is totally breathtaking…from Vancouver/Sunshine Coast’s Lower Mainland mountains, right around to the Olympics (see Mt. Baker & Mt. Rainier from here) …with all the Canadian Gulf Islands and San Juan Islands stretched out before one…an “immediacy” to the ocean is enjoyed from this parcel…very special, indeed!

In an area of fine homes, close to all services/amenities, and yet serenely “apart”, this beauty awaits your pleasure…ready to just move into and to enjoy! 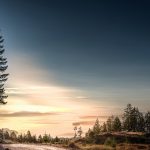 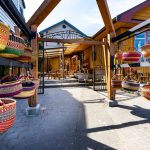