Is this the market moment where we trend into a real estate uptick in the secondary home marketplaces?

Hmmm…lots of signs that we are slowly gliding towards sellers conditions in discretionary regions, including on Salt Spring Island & on the Gulf Islands.

The slow recovery for our coastal secondary home/discretionary regions began in late 2013. It started with entry level residential options…3 bed/2 bath homes, close to services/amenities, good rental accommodations. Perhaps most buyers in these early days were investor-buyers, not end-users.

Initially, on Salt Spring, sales were mainly below $450,000…now, the bulk of such family home/residential sales are below $700,000. This rise in buyer willingness to seek properties in that higher price range is a good sign. It shows that buyers are less in charge of outcomes & that the seller voice is strengthening.

As inventory thins, we begin to see undeveloped land sales & building decisions…perhaps one can still come in on budget, & get what one wants, without having to pay to renovate? I’ve always thought that the start of raw land sales points to an upward renewal of a real estate market.

Since late Summer, we have also seen more sales between 1 & 1.8 million. This is a definite signal of an improving real estate market in a by choice area. The higher end discretionary buyers had ignored secondary home/recreational regions during the economic downturns.

Yes, price reductions were significant at the point of those few upper tier priced residential sales, but even that spread between list & sale is now narrowing…another sign of an authentic improving trend.

In late September/early October, there were two higher end sales: both waterfront properties had seen severe price reductions over a several years timeline, & both sold for substantially lower than those reduced list prices. In mid-November, a small bidding war occurred on another waterfront, also listed for a substantial timeframe & also seeing reductions over time…in the end, it sold close to that final list figure, & with more than one interested party. With just a scant few weeks between these sales, is this latter one the marker of change for the higher priced opportunities? Hmmm….

To date, except for a large lakefront equestrian centre, there have not yet been sales over 2 million. There are a number of irreplaceable estate style properties listed between 2.4 & 8.2…all private, many are large acreages, most with exquisite homes, some waterfront & some stellar oceanviews. Salt Spring & the Gulf Islands are slowly returning to their previous position of global awareness, & we may see those international buyers returning to purchase these luxury style gems.

With ease of access to major centres, & yet wonderfully “apart”, & within the best protected boating waters in the world, these stellar Gulf Islands offer a delectable lifestyle and a protected investment opportunity.

Does the Secondary Home Market Follow Fine Art Sales Patterns?
I look to the fine art market for further guidance. Recently, at a Christie’s auction, paintings sold for hugely more than expected. My anecdotal “thought”: secondary home real estate follows fine art sales patterns within 6 months. Hmmm…. With that script, we should see sellers market conditions in play in discretionary regions by May/June of 2015.

The recovery after the economic meltdowns of late 2008 has been slow in secondary home marketplaces, including on Salt Spring & the Gulf Islands, & it has not been even-handed.

As we enter December, it’s evident that there is a significant improvement underway in tourism & in real estate sales…which augurs well for the entire business climate on the Gulf Islands. Positive change, with an upward track, does now appear to be firmly underway. We may look back, in coming months, & see that 2014 was that important transition period in the discretionary regions. Stay tuned…. 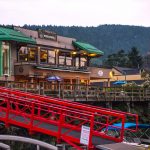 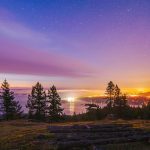