November is a hiatus between late October’s palette of brilliant reds and golds…leaves holding late Fall’s signature…and then the sudden bare branches…a signal of almost-Winter. Shorter days, a mix of cool sun and rain spattered windstorms. November is a grab bag of weather rhythms.

It remains a time when potential buyers still turn up to view properties…some saying that they want to see things at their worst…anything looks good in July. Not a bad idea. It does become a mainly weekend business, though, at these closing weeks of the year.

Thin inventory remains a feature of Salt Spring’s listings. As soon as a buyer specifies price and property type, it’s clear that there is not a lot of choice.

The current provincial government set out, upon election (late 2017), to suppress the buoyant real estate market in Vancouver (and then in Victoria, Nanaimo, Kelowna). Various severe taxation measures were brought in…including a 20% offshore purchase tax…and a speculation (vacancy) tax. Their idea was that this suppressing of a market would make homes more affordable in the four affected areas and would also open up more rentals.

Between late 2017 and late 2019, a pause in sales developed…due to these government measures. The secondary home marketplaces also paused. Vancouver sellers had become the buyers in rural areas, including on Salt Spring.

The very brief recovery in the secondary home regions in 2016 (five months only on Salt Spring), after the nine year downturn caused by the global economic meltdowns, had been driven totally by sales in Vancouver. Those city sellers had fanned out over the coastal communities and into the Okanagan…their brisk buying was the reason for the uptick in all secondary home regions, between late 2015 and late 2016. Then: government tax interventions totally stopped the real estate recovery.

Recently, (August/September), after a two year decimated real estate market because of the government’s taxation measures, Vancouver began to show a slow improving sales trend. Salt Spring usually sees a corresponding uptick in activity within 3 to 4 months of a Vancouver outcome.

There may be many reasons for Vancouver’s improving trend, including geopolitical issues, but, for some substantial time, Vancouver sellers have been the majority of buyers in all the coastal secondary home markets.

Reflecting the government suppression pauses, some local companies engaged in severe price reductions in 2019, on all their listings…trying to create a market. Few sales followed. The pause in action may not have been a price issue. If a buyer (for whatever reason) is reluctant to act…then nothing happens. A buyer activity always creates and sustains a market…this side of the transaction equation is beyond the control of a seller or a realtor.

Now, very very recently, Salt Spring is seeing a renewed interest in actual buying…as opposed to only viewing. It may be that the remaining two months of this year will experience stronger sales. Most activity remains in entry level residential options.

At the very beginning of November, there are

The inventory is exceptionally low…which usually foretells a coming market uptick. With government tax suppression measures firmly in place, however, this may not allow natural market forces to play out.

Salt Spring and the Gulf Islands remain good investments. The Islands Trust, a provincial government body, in place since 1974, restricted growth through severe zoning/bylaws…the idea was to “preserve & protect” the environmental beauties of the Gulf Islands, for the benefit of all B.C. residents. Over time, escalation in value becomes a feature of protected regions. 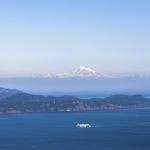 Signs of Early Spring February. Longer days, bursts of Winter mingled with signs of very early Spring. Snowdrops are out, […] 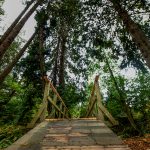 Looking Ahead January gets its name from Janus, the Roman god. Janus had two faces: one looking back and one […]