I think many people will be glad to see the back of 2011…we may look back a few years from now and decide that 2011 was the key year in the societal shift that has been underway since 2000. Key in the sense that change erupted in all spheres & all at once…political, economic, societal, and personal…you name it, it will have changed, shifted, evolved, erased…and what about the newly created? 2011 seemed to be the year all elements conspired.

The economic downturn of October, 2008, global in its impact, broadened from the housing bubble to the banks and to Wall Street. Now it has further expanded to the geopolitical level. Nothing is exempt…the Arab Spring, the Eurozone meltdowns, the economy continuing to wallow in the doldrums, the power of the consumer of services restlessly angry…think about the now global Occupy Movement & the new Russian dissatisfaction with potentially rigged elections…plus wars & rumours of wars & unrest in Syria, Iran, Afghanistan, Pakistan, DR Congo…shift everywhere!

In change lies opportunity…well, yes, but the speed of change is the unknown. The internet’s binary rhythm (on/off, act/react) can occur in an eyelid’s blink. In the past, change was a much slower animal…in some cases, it was possible to think through a shift and to reposition.

Today, our technology has erased time, and instant responses are demanded. Flexibility has become an essential. Twitter’s immediacy gets data out there asap, and the reaction to it is just as immediate.

What about our editing function? Important to turn all that undifferentiated data into worthwhile information…what’s important/what not?

I like to save my projections till later in the month…so many trajectories underway: the uncertain outcome of the bid to save the euro world, the worry about the U.S. ability to restructure & move forward, the concern over outcomes in North Korea, the potential for unrest in China, the continuing dilemmas of terrorism & sectarian violence in Africa & in the Islamic world, and the potential for unrest in Russia. Important, I think, to digest the effects of the last quarter of 2011, and to see what the winds of change are blowing our way in the first quarter of 2012. Perhaps the real beginning to a new year is in early March?

Hmmm…the Chinese lunar new year is earlier this year, arriving at the close of this month, and heralding the Year of the Dragon. Sounding fiery?

Important at such moments of flux to remember what is important…to be thoughtful with our nearest & dearest, to be inclusive & remember those on their own or needing a helping hand, to take time to eat healthily, to walk that 15 minutes a day, to admire a beautiful day, to breathe deeply and to calm that rapid fear-based breath. Read more, less t.v. Move away from the virtual world and take five in the reality check zone. Learn something new…how about a foreign language? A humbling experience & a way to keep the mind active!

It’s the start of a New Year, with everything before us, second chances & new discoveries…let’s take five and accept the challenge.

Oh, yes…the real estate market…well, I think it’s hard asset investment time again, and that those who can will seek safe havens…both as a way to preserve capital and for personal safety/sustainability. Regions such as the Gulf Islands/Salt Spring Island and Vancouver Island will be on the shopping list. Inventory is medium, interest rates remain historically low, prices have reduced around 30 to 35 % between 2007 and now…sellers are highly motivated, allowing for further reductions at the point of an offer. An ideal time to be a buyer…. It may be that we are entering year seven of a seven to ten year cycle, and thus are already slowly on the way up…. Hmmm. Wish I could find where I put that crystal ball! 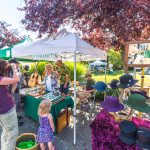 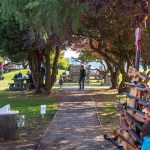