The 21st Century is about connectedness, & that means that nothing is too small an event, anywhere in the world…it has an impact on all other regions. The “butterfly effect” is now our global reality.

It used to be said that economic trends were global, but real estate was regional. I’m not sure that this is the case any longer. Marshall McLuhan’s forecast back in the 1970s, of a global village, has come true.

Salt Spring Island, the Gulf Islands, Vancouver Island (outside of core Victoria), & the Sunshine Coast are all secondary home marketplaces…retirement, recreational…discretionary choices, thus. They mainly rely on a non-local buyer profile…someone wanting to move there from somewhere else.

No one “has to” buy a property on Salt Spring, on Mayne, on Galiano, on Thetis, or on any other Gulf Island. No one has to buy in Tofino/Uclulet, in Parksville/Qualicum, in Yellowpoint, Maple Bay, Cowichan Station…or in Sooke or in Courtenay/Comox…or in Sechelt, Robert’s Creek, Gibson’s. These are all regions that have to be chosen by that mainly non-local buyer…thus, the buyer is always in charge of the “where” & the “when” of purchases.

END_OF_DOCUMENT_TOKEN_TO_BE_REPLACED 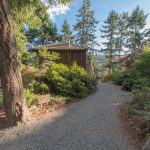 First Whispers of “The Season” It’s here…the month that sees the segue from winter-into-spring. Gulf Islanders/Salt Springers recognize March as […] 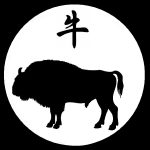 Light at the end of the tunnel Wow…February…and the days are appreciably longer…with snowdrops, crocus, early rhodos, camellias, forsythia inviting […]